Wow, this is kinda embarrassing, but I am just getting around to posting the results of the 2021 Stuffie Summer Olympics! Having no secretary is beary hard. Anyways, I know some of you have been waiting many months for the results.

Let’s take a look at the entries, shall we?

The first entry is from our friend Sandy who entered into three events and was able to convince some friends to join in the daring adventures with him.

Sandy, Cocoa Beanie Mouse, and Otto the Otter all got into their Tupperware barrels for an exciting roll down a waterfall! We were amazed by their courage! 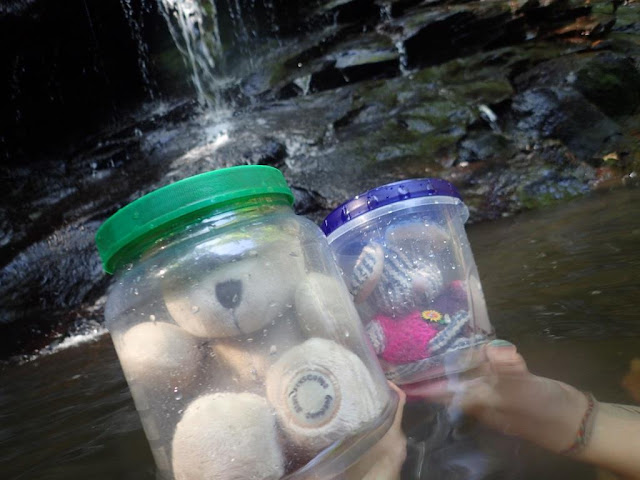 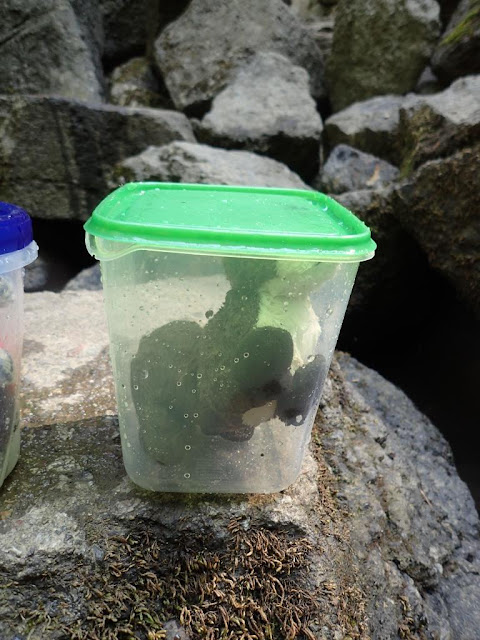 Sun Bathing
After an intense event like water barreling, the three stuffies decided on a more laidback event like sun bathing to dry off. 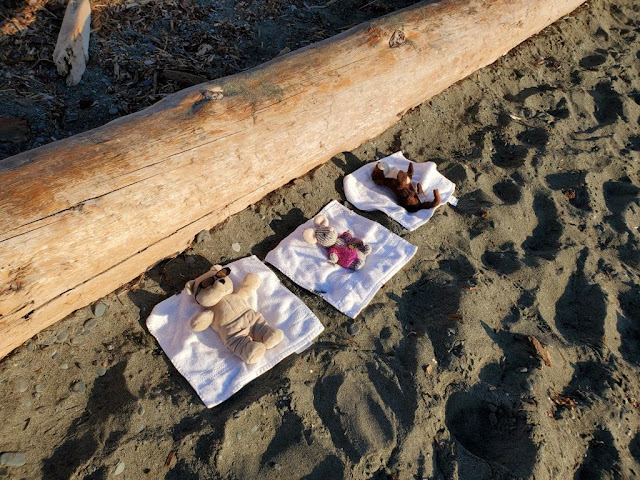 Rowing
Then it’s back to the water for their final entry – rowing! We love the oars and the binder clips to hold them in place! 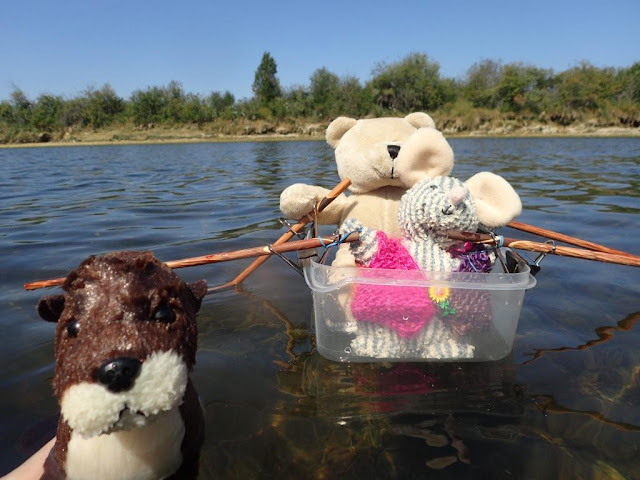 Javelin Throw
Next up is Little Fox, who plans to impress us with his javelin throwing skills. 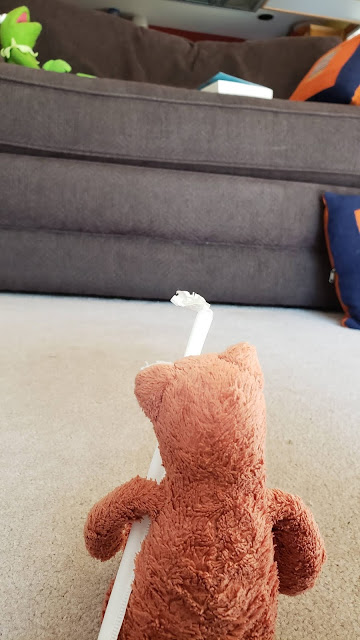 He has an entire team to help him break the world record in this event! 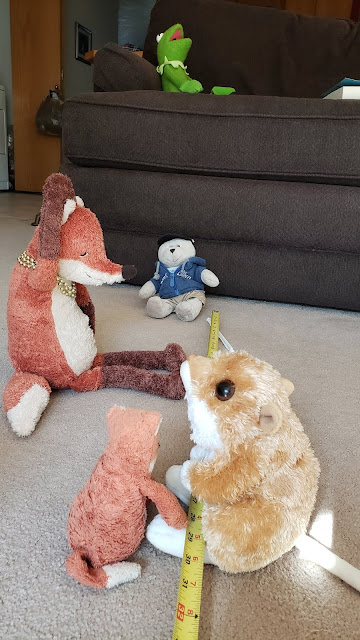 Tackle Football
Now we have an entry from Jerry and Ben, who have also recruited Jake to participate in tackle football for Team USA. 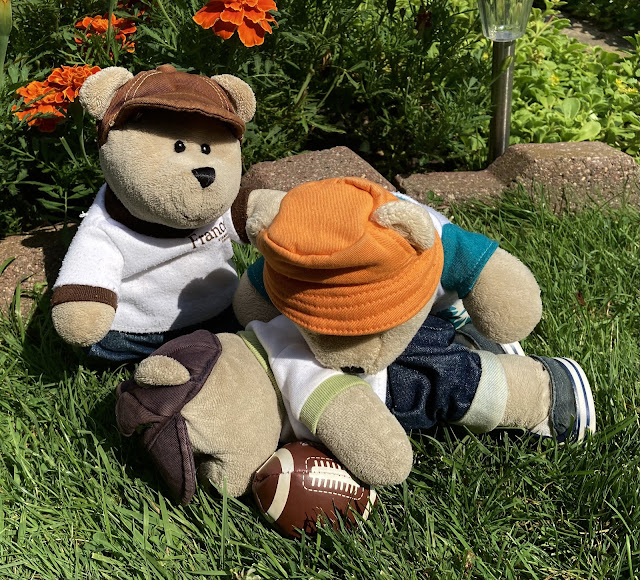 Chilling
After tough competition like that, Ben will be representing Team France in the sport of “Chilling”. From what we’ve heard, Ben is the world reigning champion in this sport. 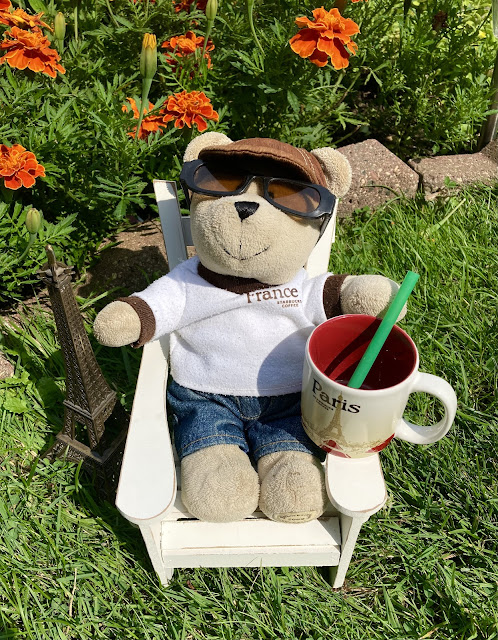 Martin and the Marmots

Next, we have an entry from friends in Germany – Martin and the Marmots. They won second place last year, so we’re interested to see what they’re up to this time!
Karate Tiger
Don’t mess with this tiger! We love the Japanese style building also! 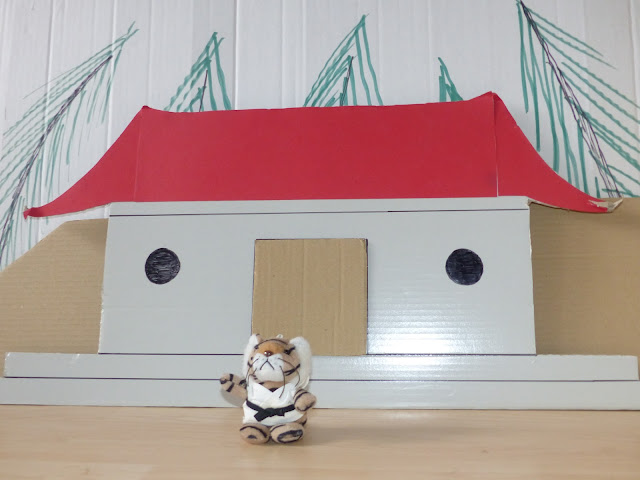 Skateboarding is not a crime according to Baishu and Hamtaro who are shredding up the skate park! 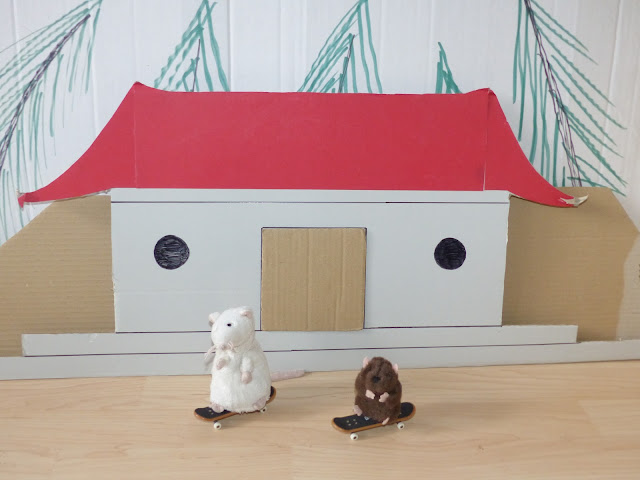 Surfing
And finally, apparently Phil the Groundhog has multiple talents asides from predicting the weather. Here he is surfing! 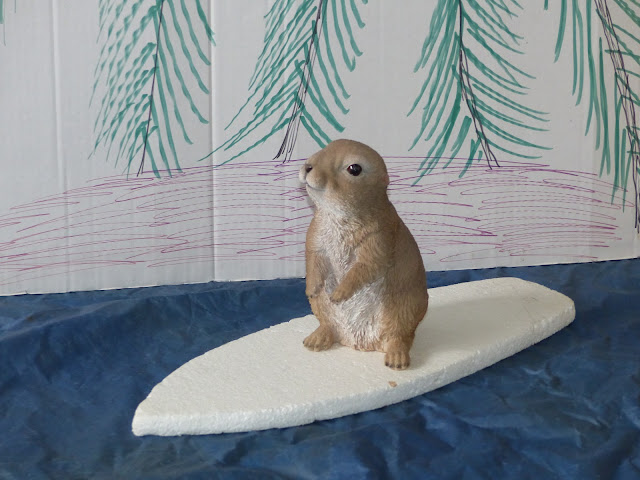 Hard Stare, mixed doubles team (Bear/Mouse)
Tango and String Beanie are teaming up in this staring contest category. Is anyone blinking yet? 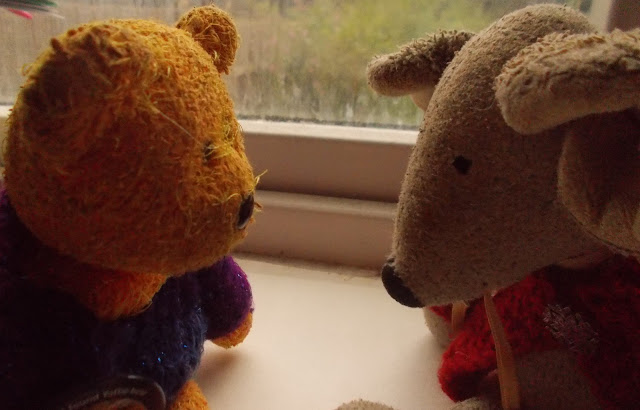 Hard Stare, relay team
Now everyone is on the relay team! 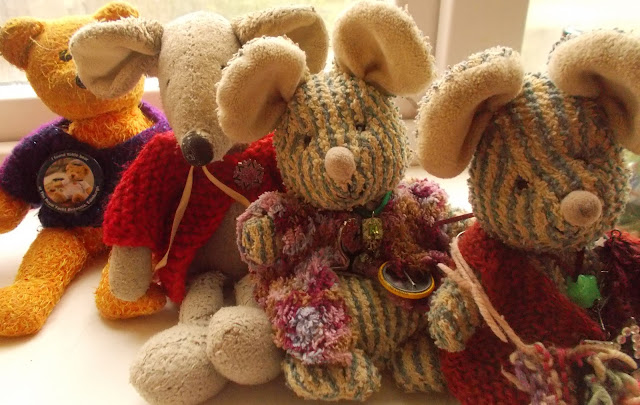 Our friend Jessica also sent in three submissions! Here’s what she has to say:
Acrobatics
“Meet Mr. Smiley, he is very happy to be friends with anyone fluffy, a stuffie, or otherwise but he has a talent to show us! He is all warmed up ready to go in his warm up jacket. And then he starts in his own sloth way an acrobatics act and ends it with a sloth dismount! His act may seem slow to some but he thinks things over and it pays off for those willing to give him a chance! He loves making others smile!” 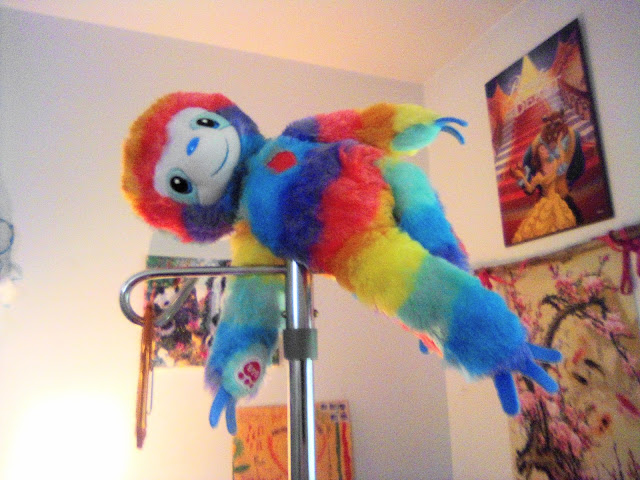 Tea Cup Balancing
This is Teddy, who was rescued from the trash pickup just in time! He was taken in, cleaned up, and repaired. Look how happy and loved he looks now! Here is Teddy balancing a tea cup on his head for this very difficult event. 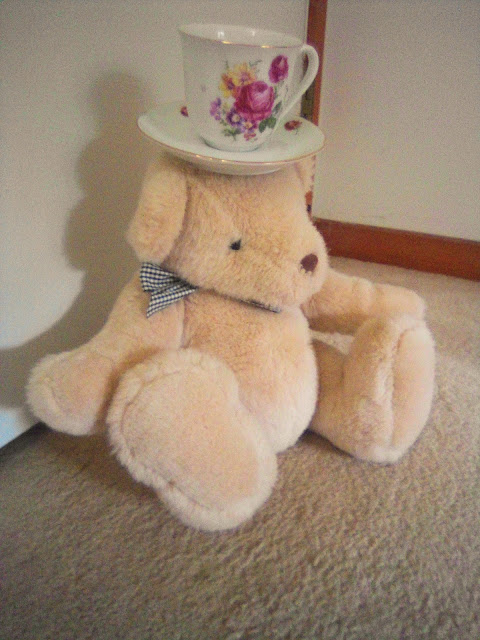 Standing on Head
“This is Furever Love, and as you can tell she has a great responsibility to make any creature feel better when they have a hard time. She isn’t even a year old yet! Mostly her trick right now is climbing up some books and standing on her head, she can do silly dances as well.” 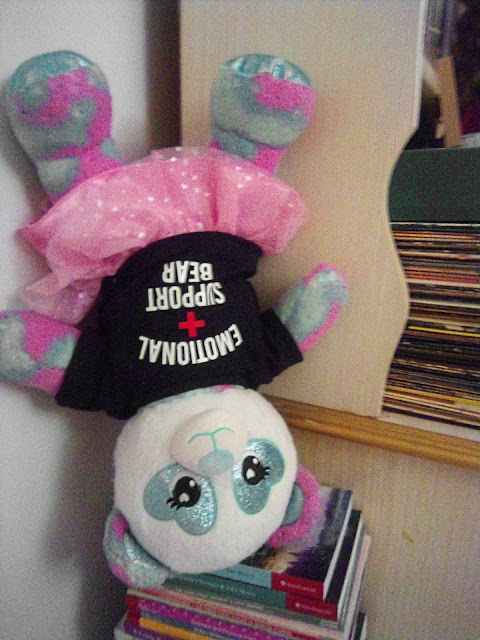 There were so many terrific entries. If you entered, you are ALREADY A WINNER! The lucky winners who will get a prize are…

Thanks for entering the 2021 Stuffie Summer Olympics! Amazing entries everybody!